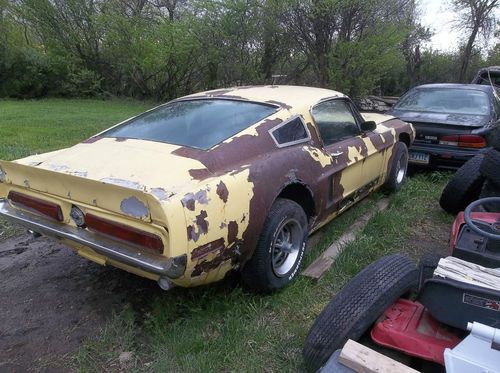 bidding on 1968 mustang fastback 2+2 only missing engine everything else is intact. including all the glass,seats transmission ect.  has roll bar and all 4 wheels roll freely, will help load, please see pics CAR HAS NO TITLE any questions please call 1-701-641-5355  thanks