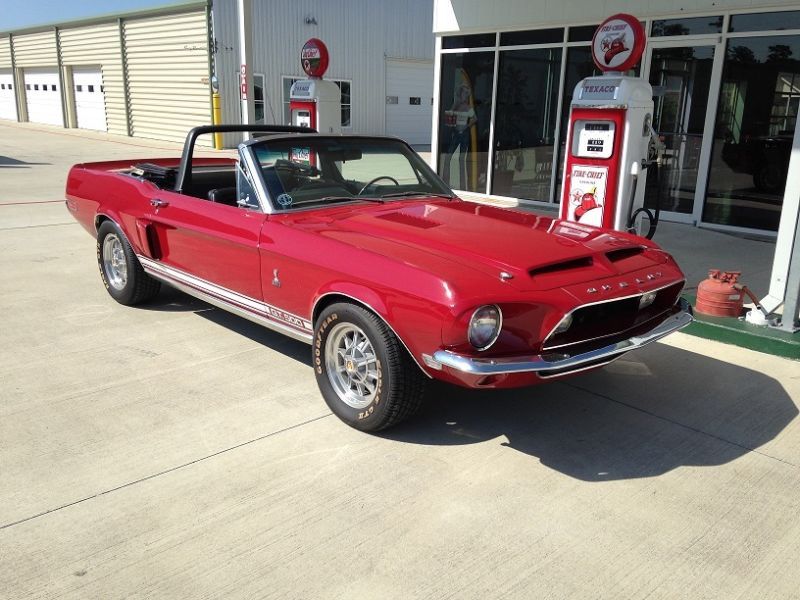 1968 Shelby GT500 convertible is a great running car
and turns heads everywhere. Complete with Deluxe Marti Report, this car is perfect for a beginning Shelby collector
or someone looking for a classic to run in the sun. With very low 36,000 miles, this car is a great investment and
will be enjoyed for a long time to come. Car comes complete with Carroll Shelby's signature and a custom Griott's
car cover to keep her looking great.