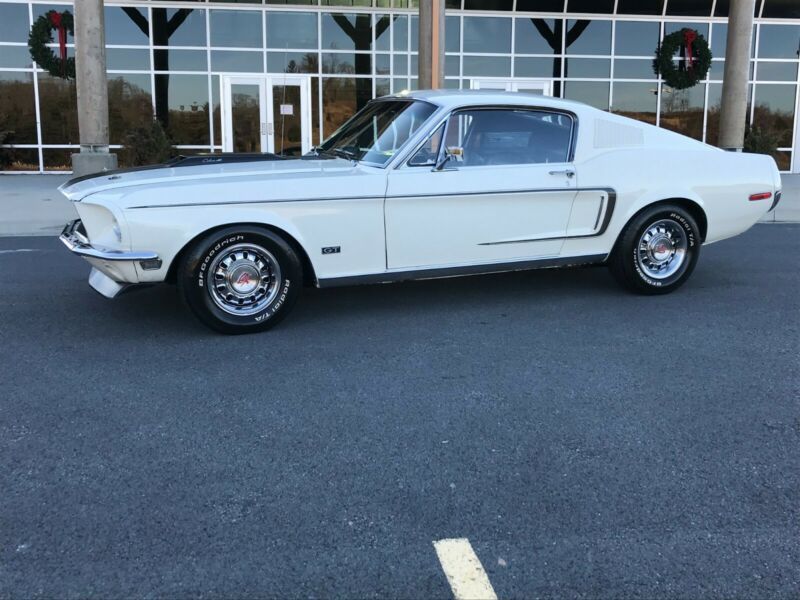 You are looking at a very nice and very rare 1968.5 Ford Mustang Fastback R Code!!!! Yes, this car came originally
equipped with the famous and powerful 428 Cobra Jet Engine, rated at 335HP!! This is a rare car that is quickly
going up in value. This is a car that is a must have for any ford collector.

The 1968.5 Mustangs started production in April, 1968, and this car was built on April 26th, 1968. This car had a
very nice option list which can be seen below on check out the picture of the Marti Report. It came equipped with a
factory 4 speed toploader transmission and a 4.30 Traction Lok rear axle ratio which would move this car down the
road with fast acceleration and a lot of torque.