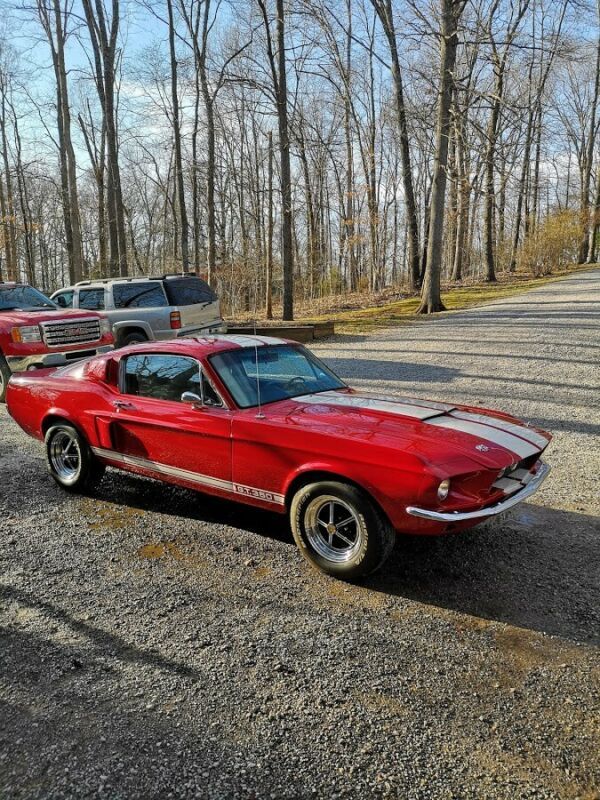 This car is solid and was painted in 2017 received an updated appearance for 1967, with a unique fiberglass hood, centrally located fog lamps, Mercury Cougar tail lamps, and more air scoops. It is presented in the classic Red paint scheme with White LeMans stripes. The black interior has
seats, black pile carpeting, and headliner. It has been garage kept since then. We have proudly showed it off, and
has been a head turner and has acquired many wonderful compliments as well as people wanting to pose next to it. It
is turn key powered by a 1988 rollar cam 302. Backed by a t5 transmission and a 3. 70 Trac lock 9 inch rear end. It
has stainless tri y headers with magnaflo exhaust. Sounds good and drives straight. The wheels are brand new Tony
Branda aluminum replicas of the kelsey-Hayes mags sporting a brand new set of BF Goodrich radial TA 225/70 r 15. It
has a brand new correct Tony Branda reproduction steering wheel. Every piece of suspension is all brand new from
SEMO classic mustang. Power breaks disc front drum rear also all brand new.