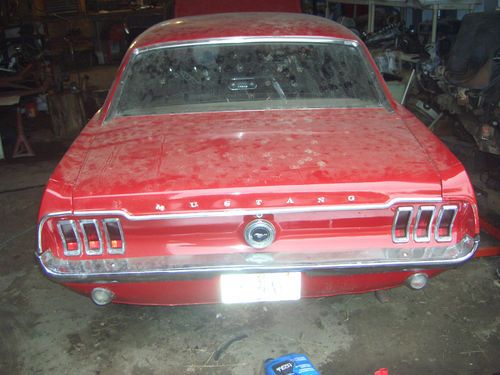 I have a 1968 Ford Mustang 2 door coupe for sale. It has a 289 v8 with a c4 automatic transmission #'s matching. It has black pony interior and red exterior paint, ran when parked but needs carburetor  work and good tune-up, also needs passenger side floorboard. It has 71,811 original miles and I am the 3rd owner of the car. It has a clear and free Montana title. The buyer takes full responsibility for shipping of vehicle. Pay by Paypal,or credit card only.