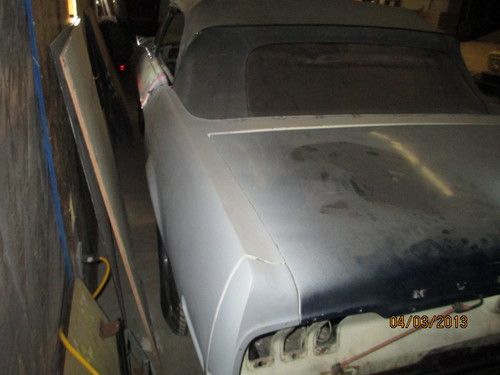 This is a C code car
Most of the hard work is done
Quarters are replaced
Floors are replaced
New fender,Hood, Interior,GT Grill,Tires, and a lot of misc. parts
Top is in ok condition and works good (power)
Frame rails look to be original and rust free
Front suspension has been rebuild
Has power steering
Car is set up for a GT S code clone car comes with a motor your choose I have a 289 or a 390 fe motor YOU GET ONE OR THE OTHER NOT BOTH
I DOES NOT have a transmission for this car so it will not come with one
THE BAD
It looks like it has been hit on drivers side front . So it may need a frame rail
Please E-mail me with and Questions
I have to many cars just want to sell to have a space in my building
Thanks for looking
On Apr-11-13 at 15:15:35 PDT, seller added the following information:

Lowered reserve and we are close. So lets sell it