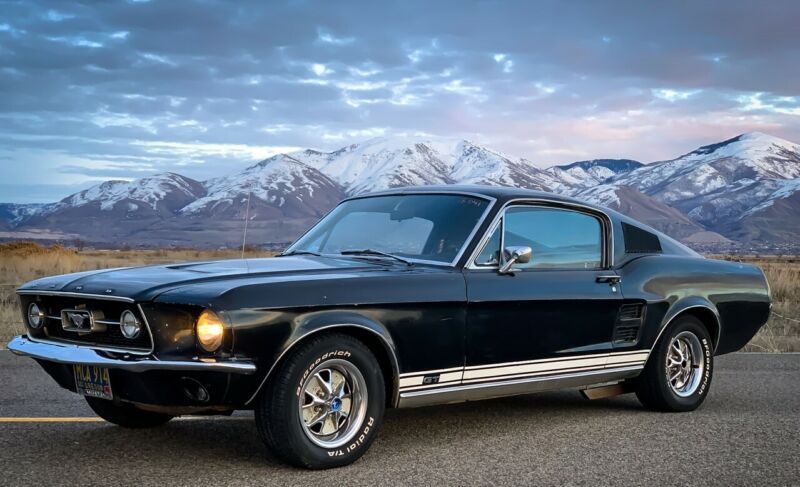 There is no signs of any rust on top of the shock tower where the aprons meet. The shock towers have never had hole cut in them
for greasing the upper control arms like so many have had. The vin is on the driver side apron and I am confident
the vin is on the passenger side as well but i am not removing fender to look. I think the car was repainted years
ago when they still used lacquer paint. At some point it had something happen to the rear quarter panel and it was
replaced what appears to be ford quarter panel. You can see the old body work on top of the drivers side quarter
panel and there is some body work showing on top of the driver side fender. The drop off in the trunk is bent up
yet, but could be straightened. Besides that , the old paint and its patina look pretty cool. The date codes on the
intake manifold and heads are later 67 than the build date of the car but they are 67 GT heads and intake as the
intake manifold has the big S on it and heads drilled for exhaust manifold. Exhaust manifolds are GT but date codes
are on back side and not visible. I can't read the casting date code on the block. The bellhousing is the correct
390 mustang one. the transmission is a RUG J2, The interior i would assume is all original. Most all of the
interior panels are in great shape. the door panels of course are showing there age.