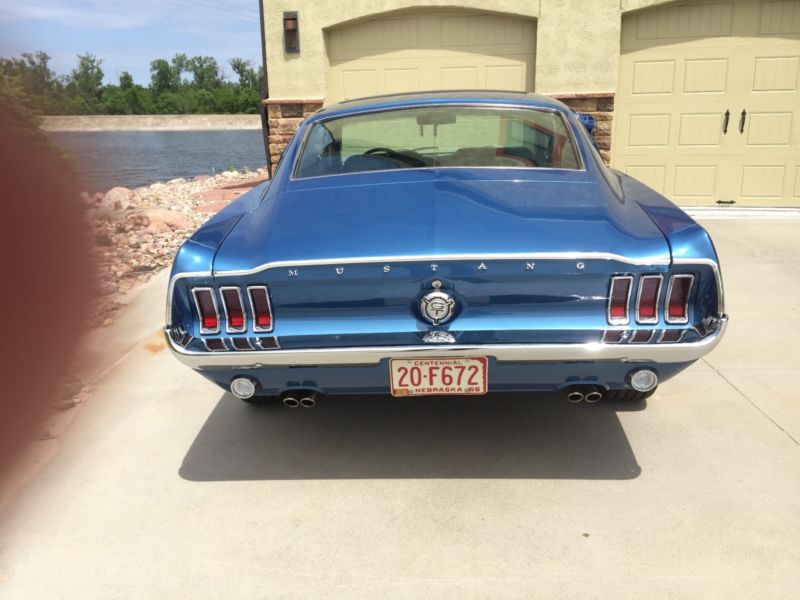 If you have any questions or would like to view the car in person please email me at: barbrathornock@netzero.net .

Complete restoration 4 years ago, nothing spared. Originally a GTA car that was turned into a GT, Is a true Code S
car with power steering, power brakes, air Cond and both GT Int and Ext package. Marti report included and full
book with all the pictures and receipts of the restoration. Was completed by 3E restoration in Lincoln NE. eng
and drive train are original to the car -carb and air cond are date code correct. To take this car back to
original would be very minimally with auto trans, GT grill and lights and 67 door panels. the slight mods are
very nice and look great on the car. car has less than 1100 miles on it since restoration. also what comes with
the car is original wheel covers which are NOS in the Ford boxes.