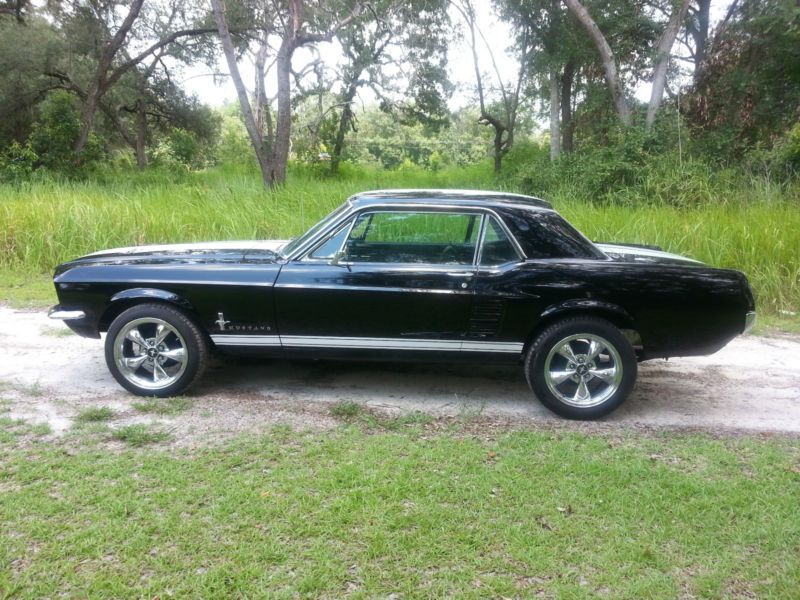 THIS IS A VERY NICE AND VERY STRAIGHT 1967 MUSTANG, SAME OWNER FOR 32YRS SECOND OWNER. CAR HAS AC POWER STEERING.
ITS POWERED BY A 289 V8 AUTO, CAR HAS SOME NICE UP-GRADES 4 BARREL CARB, HEADERS DUAL EXHAUST. CAR RUNS GREAT
SOUNDS GOOD. CAR WAS PAINTED BASE CLEAR LESS THEN A YEAR AGO LOOKS REAL GOOD BODY STRAIGHT AND GAPS ALL GOOD. ALL
DOORS OPEN IN SHUT NICE AND EASY. HOOD AND TRUNK ALSO INTERIOR, NICE CLEAN WITH NEW DASH PAD NEW GAUGE CLUSTER AND
INSERT NEW VISORS AND CHROME MIRROR BRACKET. TIRES IN GREAT SHAPE. NEW BILLET GRILL NEW BUMPERS AND TAIL LIGHT
BEZELS EMBLEMS. UNDERCARRIAGE LOOKS GREAT VERY NICE AND SOLID. TO MUCH TO LIST THIS IS ONE OF THE NICEST COUPES YOU
WILL SEE.