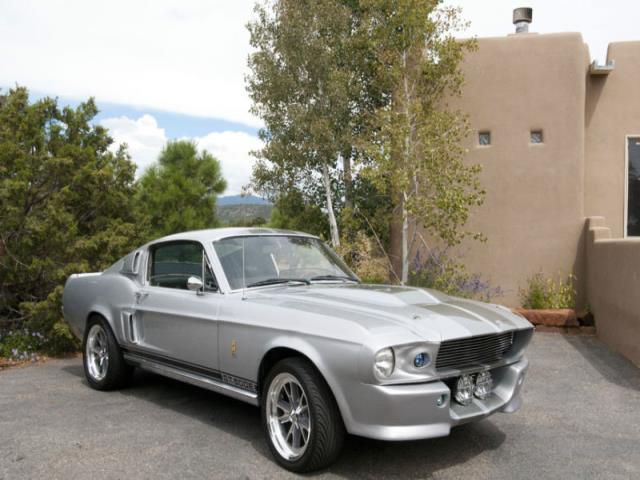 1967 Ford Mustang Eleanor / Fastback / Shelby Recreation Gt500e / Shelby Autographed Authentic Signed Autograph By The Late Great Carroll Shelby Himself (2) Autographs Come With This Vehicle - Picture And Dash Panel You Are Bidding On A 1967 Ford Mustang Fast Back Gt C Code Car As Per Its 5th Digit Vin Number. This Vehicle Does Not And Will Not Come With Any Implied Warranty, Sold As Is Only. Buyer Is Responsible For Any And All Cost For Pick Up And Or Shipping. Seller Has The Right To Stop Or Cancel Sale Of Vehicle At Any Time For Any Reason. Buyer Agrees To Pay A 1000.00 Non-refundable Deposit Within 24 Hours Of Sale, And To Pay In Full Within 72 Hours Of Sale. Full Description Vehicle Was Purchased With All Interior Done And Finished (brand New) To Current State. From That Point All Exterior Parts, Power Train And Suspension Were Removed And Restored With All New Parts As Described Below.