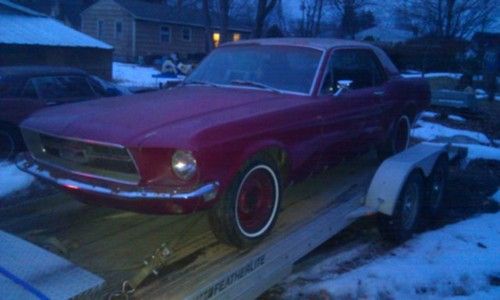 1967 Mustang Coupe 6 cyl Automatic Power Steering originally born in San Jose CA on September 14, 1966. This Mustang came with Lime Gold Metallic exterior and a black standard interior. It currently has 81,4362 miles on the odometer and needs she needs metal work. The front driver's side floor pan, seat platform / riser and metal dash where the parking brake assembly attaches and some roof work as the Mustang had a vinyl roof. This Mustang would be a great low cost project to either restore to original or custom Mustang for you. This Mustang is also for sale locally.