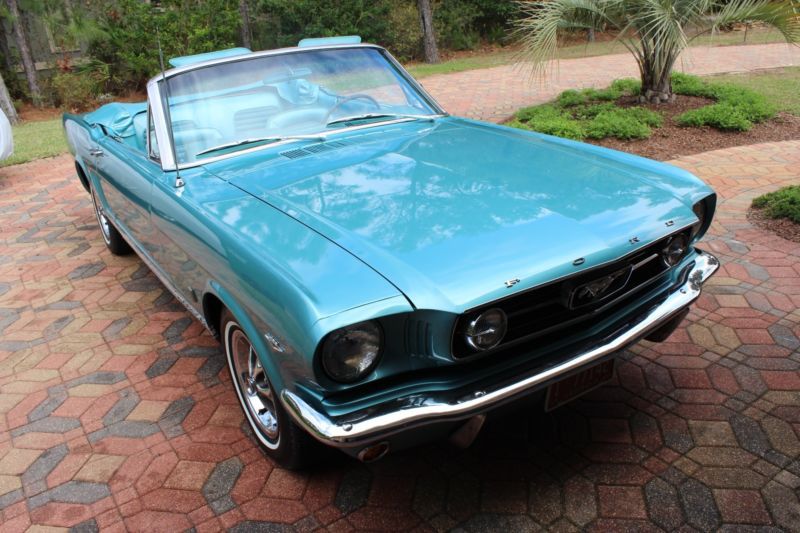 If you have any questions feel free to email me at: tinathhabicht@ukpainters.com .

Very original 1966 Mustang GT Convertible.
The Mustang had an excellent repaint in its original factory Tahoe Turquoise color (code “U”) about 4 years ago in a base/clear coat finish. The interior is a Light Aqua vinyl and Medium Aqua Rosette. Carpets are light green and convertible top is white. In all, an excellent and striking color combination.