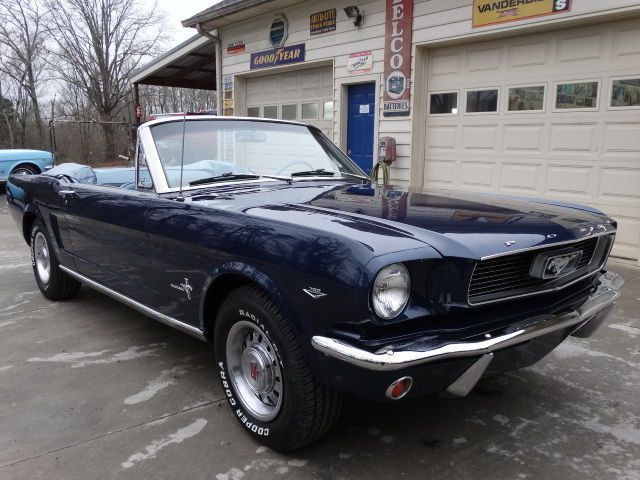 The dark blue paint is super nice and has a billant shine, the 2 tone blue interior is very nice, the 289 V8 engine runs sweet, the 3 speed manual transmission is fun to shift, the car drives good a rebuilt front end, the brakes stop good, the windshield is new, the Cooper Cobra GT tires brand new, the convertible top is power. Lights and gauges work!