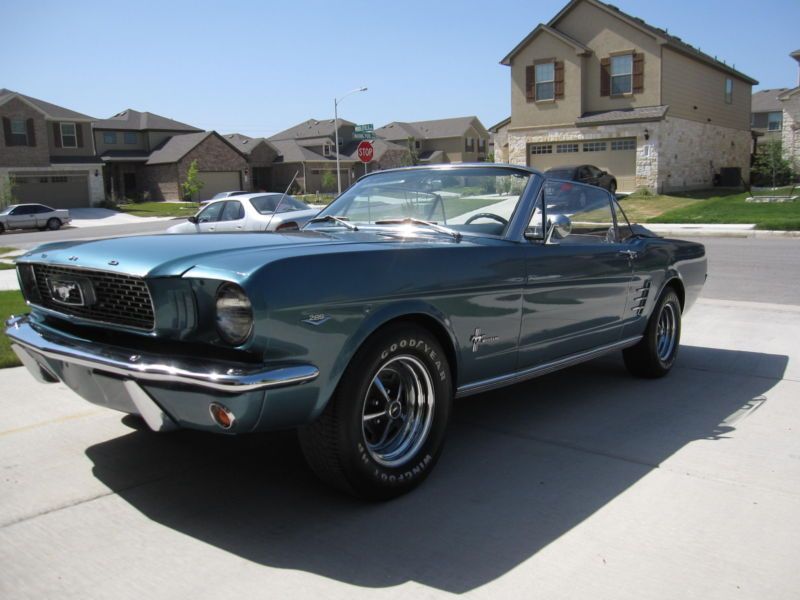 You are looking at my 1966 Ford Mustang 289c. If you know anything about old school classic cars these are amongst
the favorites. Not only does this car boast a powerful 289c v8 engine, but the automatic transmission shifts good
as new. This car has been through a moderate restoration and was driven quite regularly. The overall mechanics of
the vehicle are very solid with the engine firing up with very little effort. The car has been my pride and joy
over the years, but unfortunately does not get driven as much as I would like. My plans were to hang onto it for
its 50th year anniversary but hopefully its new owner will get to enjoy this beauty. The car has been garage kept
over the years and has not seen any rain. The car has upgraded mufflers and gives that old school grumble found in
a muscle car. Convertible top is in mint condition with no rips or tears of any sort. The interior is super clean
with black leather buckets that have no tears. This car truly is a head turner and gets many compliments every time
that it is taken out. The car has some minor imperfections here and there but overall the vehicle will treat you well
for many years to come!