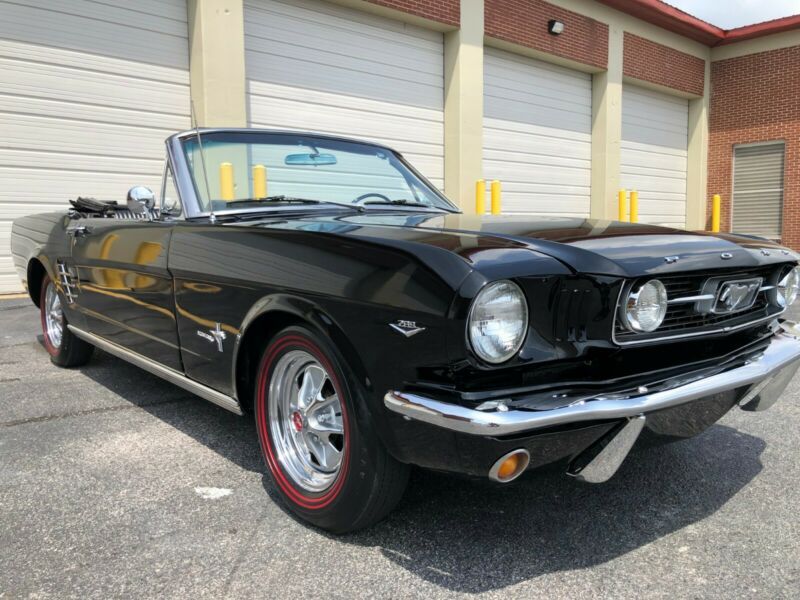 1966 Ford Mustang convertible equipped with upgraded Air conditioning power steering and power disc brakes. Raven
Black with a black Pony interior. Equipped with a rebuilt 289 c.i engine as well as a rebuilt C4 automatic
transmission. The car was recently painted in a base coat clear coat system. The Mustang was completely
disassembled. All new chrome inside and out was installed after the paint job. All new front coil over suspension
and rear shocks new front end suspension was upgraded for a better ride . New fuel tank and new GT exhaust system
was added. Brand new Red line tires and new Mustang styled steel wheels were added. The floors and undercarriage
were sandblasted and professionally repainted. One of the nicest under carriages you will find on a classic
mustang. The power top convertible was also completely redone. A new interior was just installed. New rubber,
seals, and tack strip were replaced. A better quality canvas top was installed which performs and last much better
than the original vinyl tops did. The mustang has upgraded front disk brakes. As well as added power brake booster
and master cylinder. If you are looking for an excellent running and driving car that has been nicely maintained
and restored, you will not find too many in better shape than this one