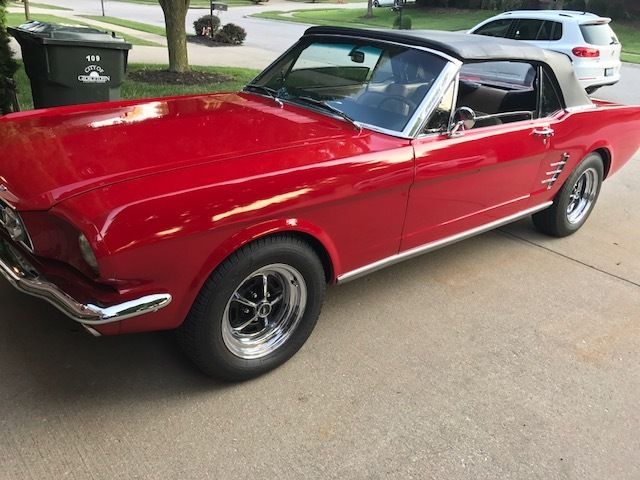 This 1966 Ford Mustang 289 V8 Convertible & was restored 4 years ago (rotisserie). The engine & transmission were
also restored Professionally at the same time. If you want a great car to cruise-in's or go to car shows... this
is the vehicle you want. Beautiful, inside & out. Candy Apple Red paint. Black & parchment (tan) interior.
Black motorized / hydraulic top. 75,000 original miles. Professionally restored many of the original parts or
purchased new replacement parts from CJ Pony Parts & Doc's Mustang when necessary.