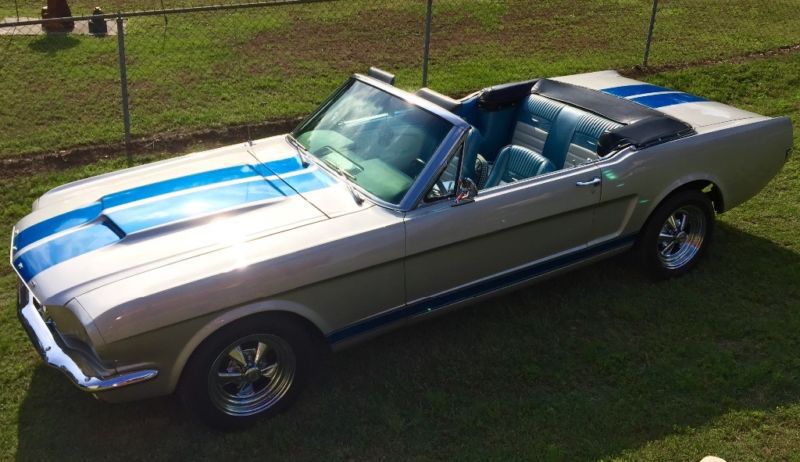 This '66 Mustang is like the title says, absolutely stunning and a multiple time car show winner (over 16 times
actually, but who's counting). It is a complete frame up restoration, it's brand new. It's got a 302 V8 under the
hood with a mild cam & a lot of chrome. The motor has less than 5,000 miles on it. Automatic transmission. A dual
cal-inducted raised hood, GT Fog Lights around the Mustang & Corral on the grill, has a working A/C (although the
belt was taken off because the top is down most of the time, but I do have the belt to go with it), headers running
into dual exhaust, perfect glass all of the way around with new seals, a new Black vinyl top & a new black cover
when you're cruising with the top down. The interior is perfect with blue & white leather Pony Seats, a custom
removable center console, new carpet, and custom blue neons under the dash. The trunk has new mats, spare & jack.
It's sitting on new rubber with classic Crager SS rims.

This car is as close to being a near perfect #1 condition 1966 Mustang Convertible as you will ever find, the
pictures just don't do it justice. It has won over 16 car shows, including multiple Mustang only shows, and yes,
the trophies will go with the car.