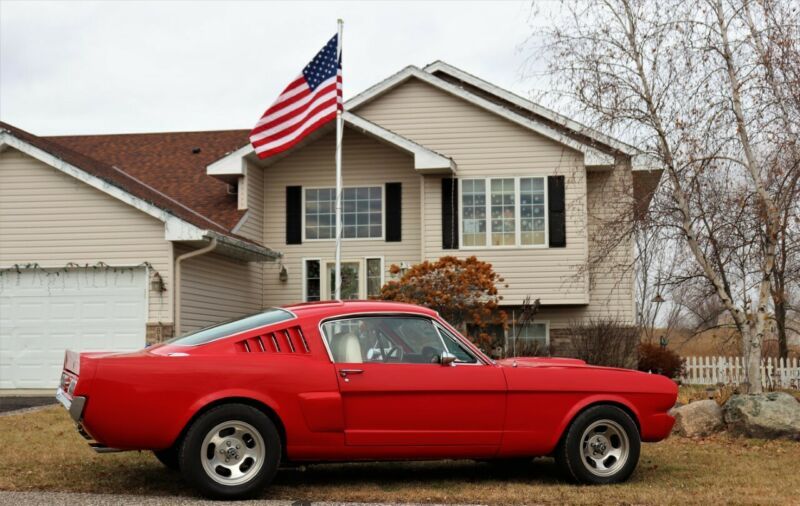 This Factory C code 1965 Fastback became a GT-350 Shelby clone was a product of a 15 year nut and bolt restoration.
2 things it needs. ------1----A more modern set of wheels and tires although they are new but I don't like them
-----2-----Shelby stripes to break up the Red.......... -----This is how the builder wanted it but In my opinion it
needs those 2 things.------These 2 things will change the appearance of this Fastback drastically........ This car
drives PERFECT without any shakes or rattles and the steering is perfect! You won't find another car of this
quality on eBay or any showroom for anywhere near this price. She was completed by a 30+ year restoration
professional as his own car. The paint is Very nice as you would expect from a Professional Restorer. All VINS match Apron, data plate, title and are clear.