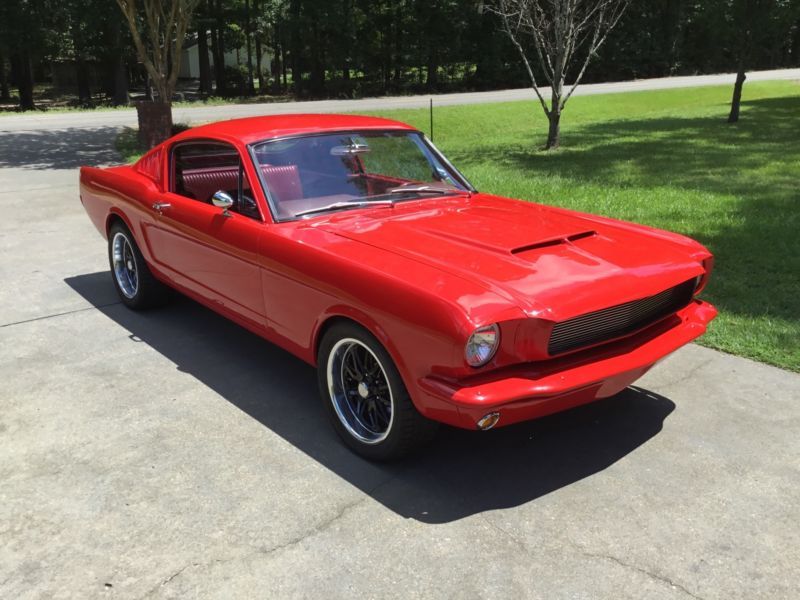 1965 Ford Mustang Fastback 351W
This car is AWESOME. It has a 351 that's been gone through and it is FAST. I have not had a dyno done on it, but
it is over 500 HP. It has a 5 speed Tremec 3550 transmission that shifts very smooth. With 5 gears, you can
cruise at 70MPH and drive ANYWHERE. It has a Dakota digital instrument cluster. Custom radio, 10" sub, amp,
kickpanel speakers, and an equalizer for some great sounding music while your driving. Tons of chrome and billet
on this car. Paint is slick with no issues. NO RUST ANY WHERE. It has a 9" rear end and chrome traction bars.
17" wheels and tire with less than 300 miles on them. It also has Wilwood disc brakes. Tons of other small things
on this car. It is not a Shelby, but has the Shelby gas cap and rear lights. This car was built to look good,
drive good, and go FAST.