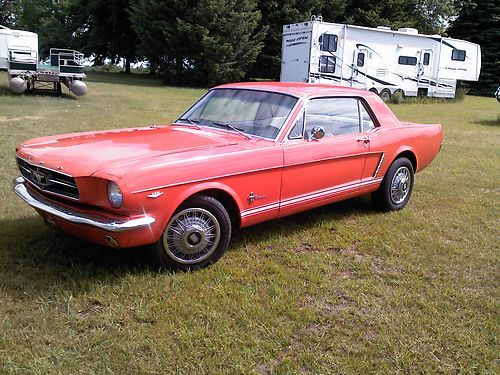 Condition: UsedA vehicle is considered used if it has been registered and issued a title. Used vehicles have had at least one previous owner. The condition of the exterior, interior and engine can vary depending on the vehicle's history. See the seller's listing for full details and description of any imperfections.Seller Notes:"The steering wheel is not correct. A Stereo and seatbelts have been added. Runs Great. The odometer does not work. The title does not have any mileage listed on it."

This car is in great shape. Runs great. I recently drove it 25 miles to work and back with no problems. No rust that I can see. This was my Dad's car. He recently passed away, and we need to sell it. The steering wheel is not original, a stereo and seat belts have been added. I believe it has been repainted and I think the interior has been redone.

The odometer does not work and there is no milage listed on the tile. The speedometer, the gas gauge and the dash lights do work. The headlights and the windshield wipers all work.