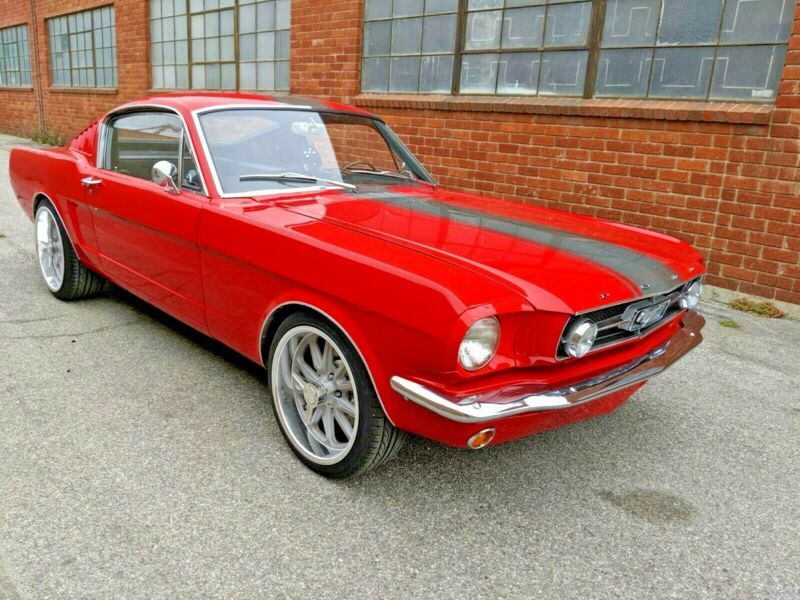 1965 Ford Mustang A-Code Fastback with racing stripes. The vehicle is equipped with a brand new 351 (less than 50
miles) and I will include the original 289 as well. The suspension has been upgraded with all Hotchiks components
(sway bar, shocks, springs, etc.) control arms have been upgraded as well. It comes with a brand new Wilwood disc
conversion all the way around (6 Piston in the front).