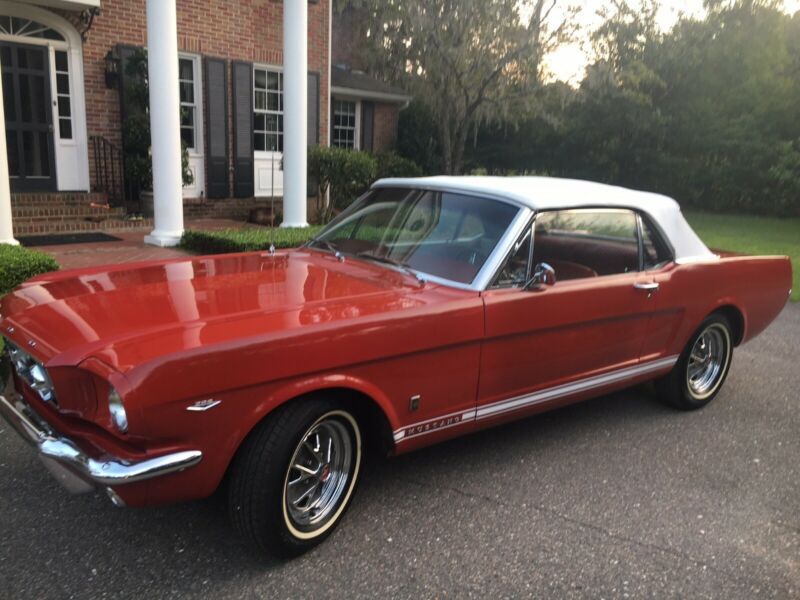 Beautifully restored 1965 Mustang with a rust free unibody in excellent condition. Garage kept and covered for last
12 years with only 4300 miles since the engine was rebuilt in 2006. It is a gorgeous poppy red with red and white
deluxe pony seats. It has been upgraded to a GT package (it is an original C-code car) along with fog lights, dual
trumpet exhaust and classic rims. The engine has been upgraded to a 1970 302 and in excellent condition. It a has
a 4 speed with the original shifter. Many other upgrades and the V-8 with power steering runs extremely smoothly.
A real head turner and fun to drive.