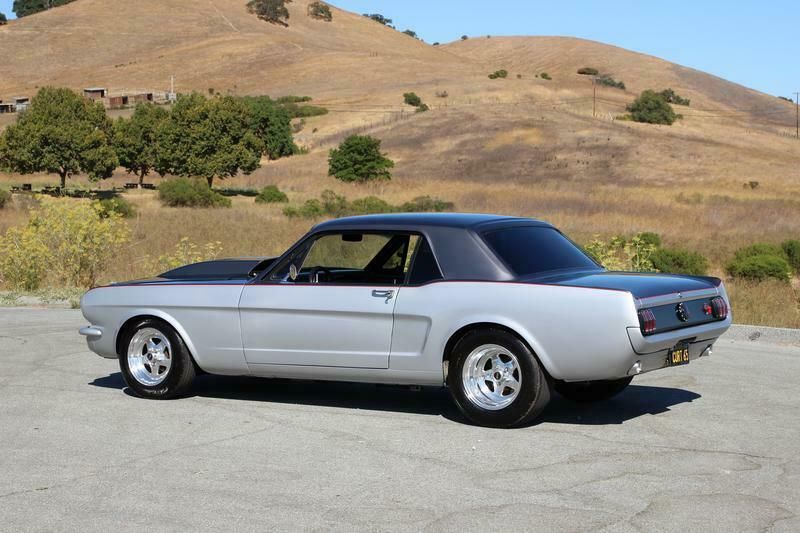 For sale is freshly restored pro street 1965 mustang. This vehicle has been totally built from the ground up and
has a freshly built motor with less than 1000 break in miles. This car has a 408cui stroker (450HP) motor that was
upgraded with a Holley Sniper fuel injection kit.

Quick rundown of what it has:

Car has been mini tubbed to fit the 275 rear tires

Cooper tires all around (about 90%)