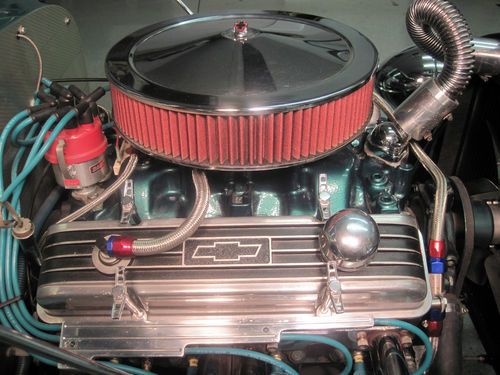 This is a ready to drive show winner. It comes with a convertible top and a tucked and rolled interior. This 327 c.u. Chevy powered monster will flat out fly. The engine has chrome everywhere you could possibly put chrome. It fires up and purrs like a kitten at the turn of a key. The rear end is out of an early model vette, when they had straight axle. The original owner says it's a 4:11 and by the performance I believe it. Disc brakes front and drum rear. The Cragar mags and the 15" wide rear tires give it a nostalgic look. The custom paint by Yosemite Sam is crowning attribute for this vehicle. When he painted it, he took the patience to pin stripe everything from the ground up.