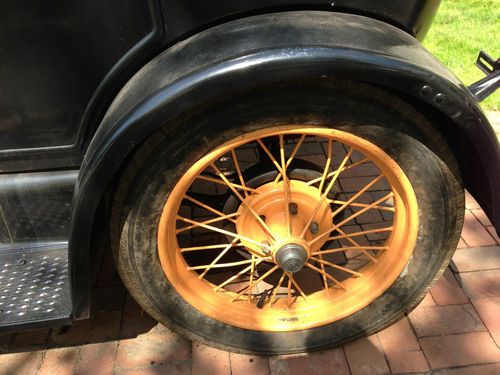 Excellent restoration project  or parts car. They are getting tougher to find,,,don't hesitate if you are looking.Think of how much the parts alone are worth,,,

The motor turns as do the wheels and steering.
Frame and body are solid.
Included is a radiator,water pump and misc parts,, but you will need a battery ,coils ,hoses, and wires.It can be a running car very quickly.call 201-693 7488 for further details.
Sold with bill of sale by owner.
Nice yellow powdered wire wheels with new tubes.
No warrant expressed or implied. Will help load ,.new owner to arrange shipping.