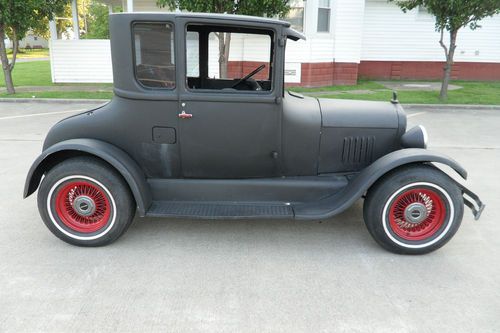 I have for sale a 1927 ALL STEEL Rat Rod Model T. This car has a welded in steel roof. It has power steering, it has a pull latch for the trunk and gas door located inside car. It has a Mustang 2 front end with disc brakes. It has a set of 15 inch tires with excellent trread. Has a 351 CI Windsor Motor with a two barrel carb. Dual exhaust and automatic transmission. Has a limited slip positive traction Chevy rear end. Car does also have a trailer hitch mounted on the back, if a person wanted to pull a trailer with it.  Car is sold as is, no warrenty.