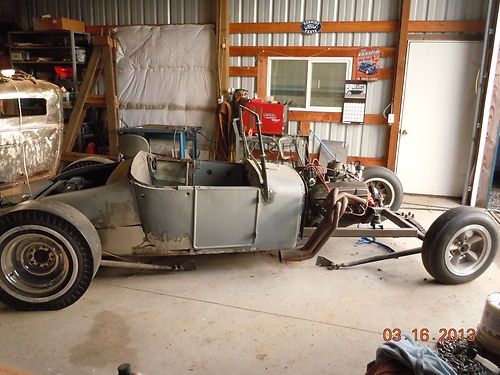 Condition: Used: A vehicle is considered used if it has been registered and issued a title. Used vehicles have had at least one previous owner. The condition of the exterior, interior and engine can vary depending on the vehicle's history. See the seller's listing for full details and description of any imperfections. ...
1927 FORD MODEL T ROADSTER
All steel body.
3/16 wall 2 X 3 tube frame
283 Chevy V8
Cast Iron Power glide Automatic
Suicide front end
4" drop front axle
Body is channeled 3"
New Aluminum Radiator
Comes with bill of sale only. There is no title.
This is a project but alot of the hard work is done.
This is being sold as is with no return.
A non refundable deposit of $500 is due within 24 hours.
Must be paid in full & picked up within 14 days.
Shipping is buyers responsibility. I will help load if needed.