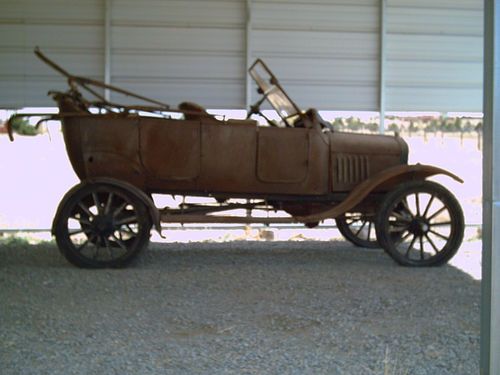 You are bidding on a 1918-1920 style Model T Ford Touring Car.
This is a mostly complete project in need of a total restoration.
The motor turns over and appears to have been rebuilt sometime in the past.
The engine number is 2654024 with a cast date of 4-26-18.
This is a non-starter car.
It rolls on 1919-1925 30x3.5 demountable style wheels.
The car is being offered at a low opening bid and fair reserve.
I do not have a title.
Bill of sale only.
The buyer is responsible for all shipping arrangements.
Full payment is due seven days after auction close.
The car will need to be picked up before the end of the month.
Please ask questions.
Thanks for your interest!