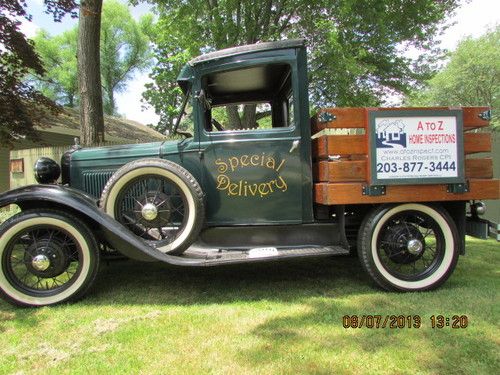 Condition: UsedA vehicle is considered used if it has been registered and issued a title. Used vehicles have had at least one previous owner. The condition of the exterior, interior and engine can vary depending on the vehicle's history. See the seller's listing for full details and description of any imperfections.Seller Notes:"EVERY DAY DRIVER"

All original in perfect running condition. I drive it daily. Brings in plenty of business everybody stops & looks at it kids get up in the back and the parents take pictures with my advertising in it and send it to all their friends. Retiring from business.