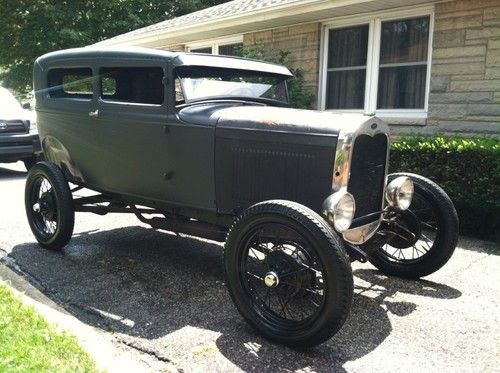 29 Chassis and motor, 31 Body, 5" chop .30 over Banger w/3 speed Runs and drives great!, New wiring, Tires, Brakes. Changed to Negative ground. Recovered seats. Comes with lots of parts including orig interior panels and material to match seats, No fenders. $9950. Really not looking for trades at this time. Rear window is the only one not in and working. Garnish moldings all chopped. Have other projects to finish and need $$ The car is titled as a 29 Model A Call for details 918-814-1973  Tom