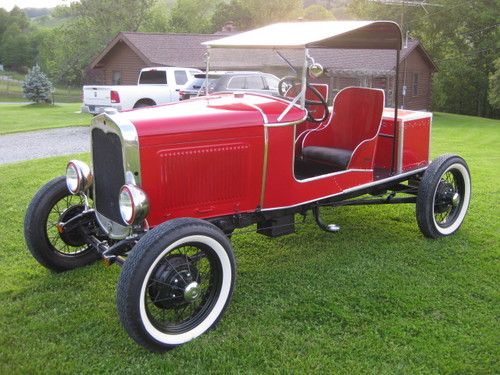 Condition: UsedA vehicle is considered used if it has been registered and issued a title. Used vehicles have had at least one previous owner. The condition of the exterior, interior and engine can vary depending on the vehicle's history. See the seller's listing for full details and description of any imperfections.Seller Notes:"Paint is not professional but looks good."

new paint on frame and body

fuel tank in box on back---- fuel pump and regulator

gas tank area has a few imperfections in the paint

Vehicle is sold AS IS !

Local pick up prefered       Buyer will need to arrange shipping