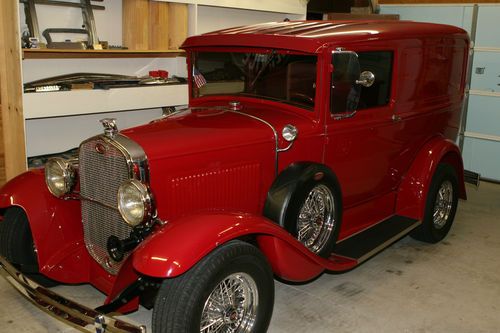 1931 ford model a sedan delivery.  excellant condition.  One of a kind. twin side mounts.  Beautiful inside and out.