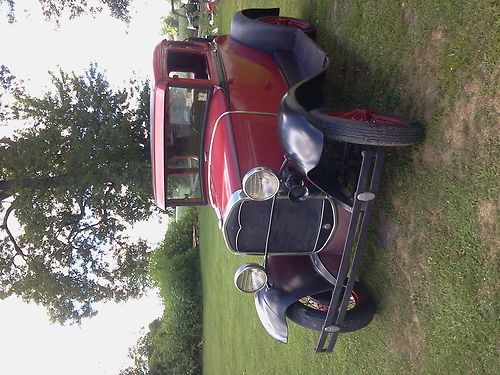 Condition: UsedA vehicle is considered used if it has been registered and issued a title. Used vehicles have had at least one previous owner. The condition of the exterior, interior and engine can vary depending on the vehicle's history. See the seller's listing for full details and description of any imperfections.Seller Notes:"Motor has already been rebuilt, last time started was 3 yrs ago and gas was drained. Runs and drives good! Back fenders and rumble seat are in primer, rest has been painted. Prior it has normal rust for the year but was repaired with patch panels, crimped and welded. All available parts to finish restoration are pictured. The motor runs fine and was driven 3 yrs ago. Clean clear Indiana title.As mentioned I am selling for my father. Low reserve for the year and condition. Lights will need wired."