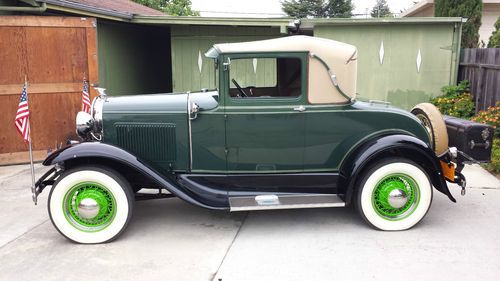 1930 Model A Sport Coupe with Rumble Seat and Bumper Mounted Trunk.  Green/Black with Cloth top. This vehicle is in very good condition.  Car has been in our family since 1997 and current owner  performed maintenance only. Once a year local parade car that is garaged the remainder of the year. Paperwork is available for motor work and interior work done in 1981 by previous owner.

Buyer must pick up vehicle or arrange shipping.