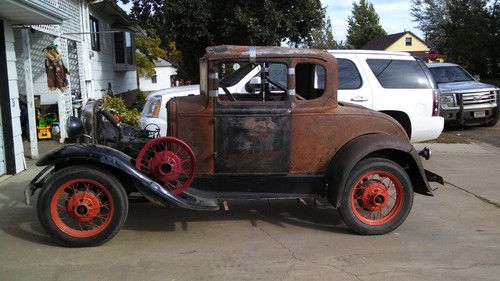 For sale is a 1930 Ford Model A Five Window Coupe. The body is rough but salvageable. It is a rumble lid coupe. The chassis and engine were restored at some point in the past. The body is one I had and put together with this chassis. The brakes work and the engine runs as I have been told. I am working on getting it running. It does come with a visor not pictured. The doors are really nice and not rusted.  No title, they make you fill the box out on Ebay, but I will get the form notarized for the state to issue one.