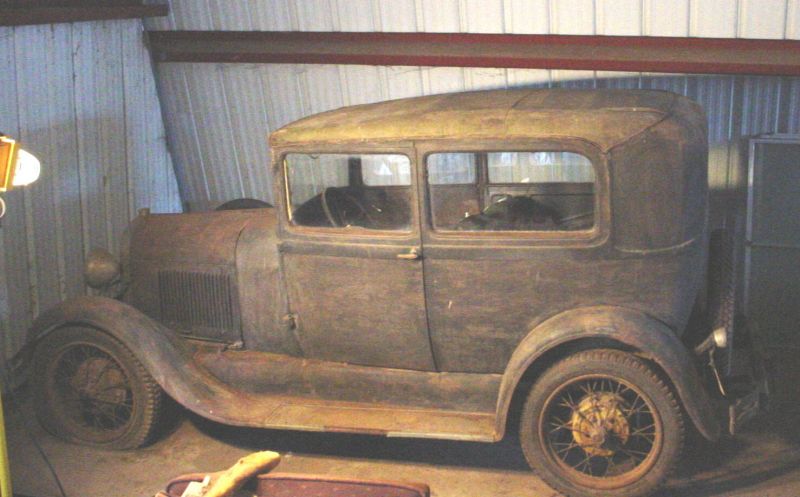 Owner was 14 when his dad drove it into a metal machine building 50 years ago. It was a running car prior to being parked but has been sitting there ever since.

Body and Car are in good shape.