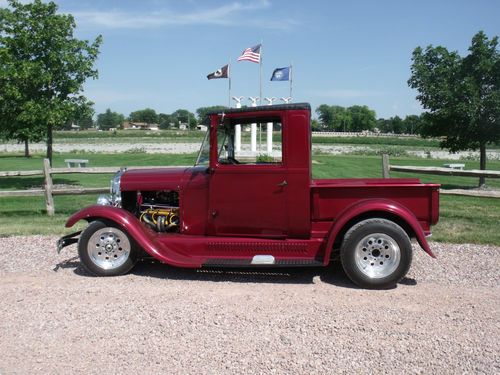 1928 Ford Model A, I am listing this for my father.
TCI chassis
327 small block chevrolet
TH350 transmission

Truck has small scuffs and dings
Its is a very friendly driver and its quick to.

Please ask questions, Do not assume!