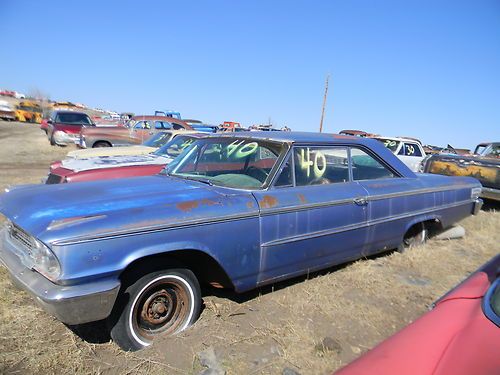 this vehicle could be a great project,  there is no eng with the car, it has a bucket seats and consul with a 4 speed shifter,but there is no trans. the interior is black and shown in the pictures.. the floor pans have rust, the trunk seems solid.  there is rust on the quarters as shown in the pics. The previous owner took some of the chrome off and it appears to be inside  the car. It has hail. Any ?'s please call during business hours  605-347-2303  thanks for looking