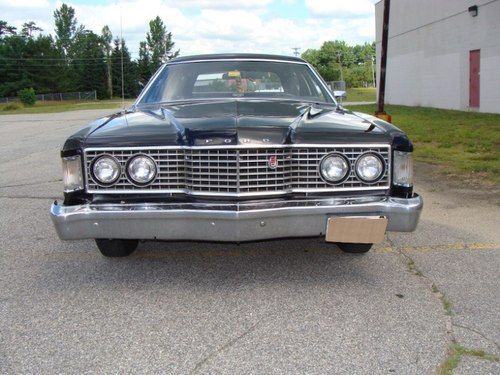 THIS WAGON WAS SOLD NEW AT RIPLEY & FLETCHERS TO I.W.ANDREWS & SON THEN TRADED IN 1975, BOB GLINES HAD IT NEVER DROVE IT IN THE WINTER . IT ONLY HAS 46337 MILES ON IT .RUNS DRIVES GREAT DOWN THE ROAD, NEW PLUGS WIRES,NEVER BEEN REPAINTED YOU CAN CALL 207 232 8224,,WILL TAKE ANY PITC YOU WANT AND SEEN IT TO YOU, AND CAN HELP SHIP IT,