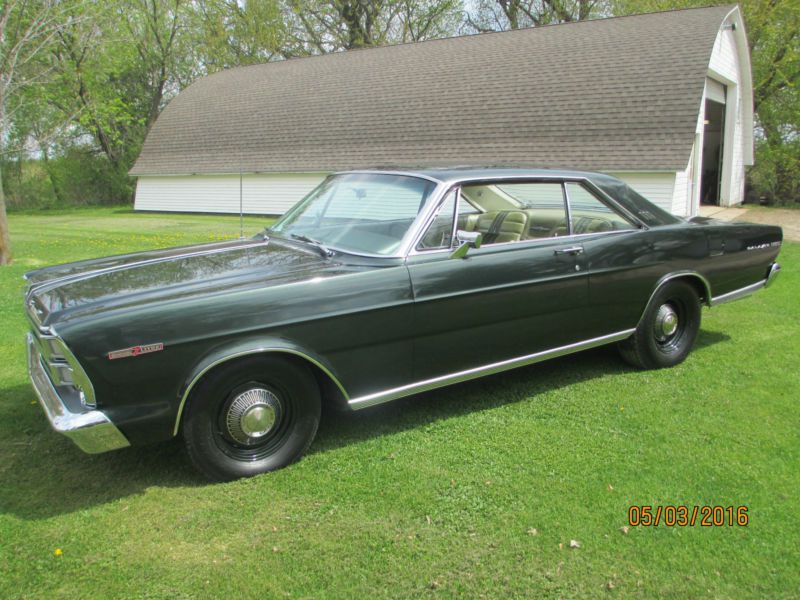 Just email me at: micahmccandelario@birminghamfans.com .

For sale is what has to be about the nicest original 4-speed 1966 7 Litre in existence.
This is a completely rust free rock solid car from north east Colorado. It spent it's whole life within 40 miles
of Sterling Colo.
The car is a dark green metallic with an Ivy Gold bucket seat interior with a console and 4 speed along with power
window, door locks, power steering and power from disc brakes, (the correct ones for a 7-Litre with the outside
break line), and factory AM-FM radio (which works sometimes, other times not).
Door Tag Information: Body 63D Color R Trim 68 Date 13J D.S.O. 51 Axle 4 Trans 5
One of the reasons for the low miles I was told was one of the four owners of this car owned a string of auto parts
stores and used this car as a local show car. When I got it, it had velour inserts in the stock pattern on the
seats and a completely upholstered trunk. I returned these to original. I was also told that he added a posi unit
to the original rear end and added a little hotter crane cam. (The card is in the glove box) The car was treated
to a repaint sometime during this period.
The car has chrome and bright work that looks like it just came off the showroom floor. Everything in the interior
is like new condition.
The car is a great driver with tons of low end torgue and is one hell of a highway cruiser.
The car is unbelievably clean and rust free everywhere.
It came with slotted chrome wheels. I switched to steelies with hub caps for the stealth look.
The tires are new with 215-70X15 in the front and 255-70X15 in the rear.