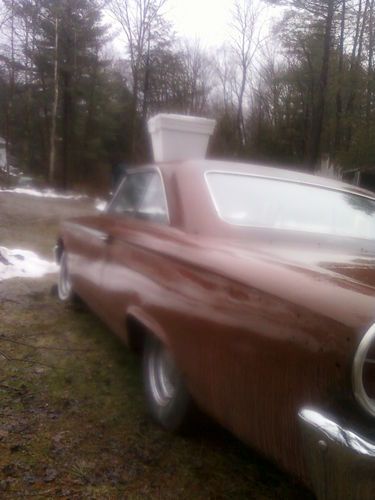 Condition: UsedA vehicle is considered used if it has been registered and issued a title. Used vehicles have had at least one previous owner. The condition of the exterior, interior and engine can vary depending on the vehicle's history. See the seller's listing for full details and description of any imperfections.Seller Notes:"1963 ford gal 500 xl v8 auto on floor no rot or holes on body the trunk has some rust but not bad a new trunk ban is 179.$ seats need some work new carpet is 180$ new head liner is 79$ all the chrome is there along w/ a trunk full of extra parts hub caps headers horn rings shocks plus more this is a resto project that wont take much to make a nice ride call ray @ 315 561 3363 w/offer or interesting trade"