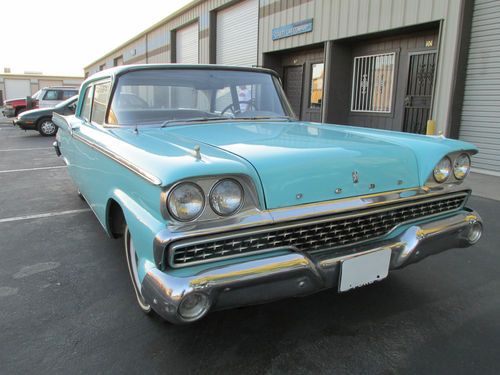 Condition: UsedA vehicle is considered used if it has been registered and issued a title. Used vehicles have had at least one previous owner. The condition of the exterior, interior and engine can vary depending on the vehicle's history. See the seller's listing for full details and description of any imperfections.Seller Notes:"nice daily driver -gets a lot of attention- a lot of thumbs up-"
This is a nice daily driver in a interesting color combination with very nice interior.

Car was restored several years ago and is holding up nicely

like the door striker plate and a few other places. Also has bubbles in a couple of the usual spots

This is not a show car but is nice enough to show off at the car shows.

This car does turn heads every where it goes. Most people think its a $20,000 dollar car because it looks so good going down the road

There is no rust issues under the car at all. This car was built in San Jose California and never left the state.

chrome has a little pitting but stainless is very nice.

interior is pretty nice.it is going to need carpet

for some reason that's the only way i could post it