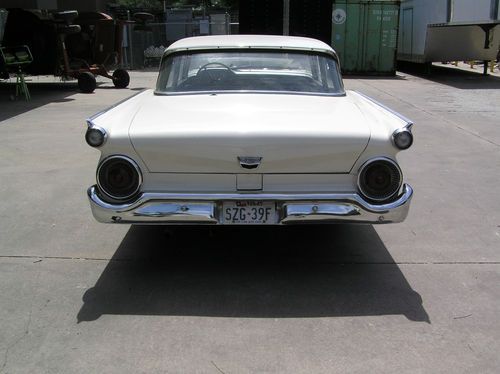 Condition: UsedA vehicle is considered used if it has been registered and issued a title. Used vehicles have had at least one previous owner. The condition of the exterior, interior and engine can vary depending on the vehicle's history. See the seller's listing for full details and description of any imperfections.Seller Notes:"needs some work runs and drives good been in garage for 20 years had 16 miles put on since 2000 have to see to believe"

have a cool old car been in garage for 20 years all there and runs and drives good 16 miles in last 13 years 2000 last inspection . has older paint job but still looks good has factory keys and one owner title clear needs a new home selling for a friend email bobs58chevy@yahoo.com for more info . as I get info I will pass it on . car is in Waxahachie tx  call 972-254-4700