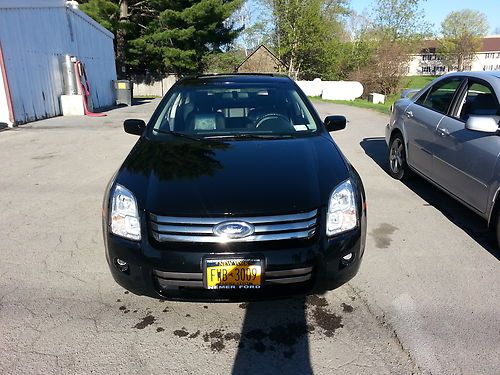 NOTHING WRONG Mechanically- I am only selling due to need of small truck.
Small ding in front fender, as seen in picture - previous owner bumped into side of her garage
Clean carfax
Flawless black leather interior
Power everything including sunroof
cruise control
leather steering wheel
controls on steering wheel
brand new 600 dollar low pro tires
premium rims
6 disc mp3 player cd player
I am second owner- the first owner was an elderly couple who
bought the car brand new and drove it only on the highway to work-
AS did I ever sense I bought it
129k HWY miles
call or email 518-596-9946