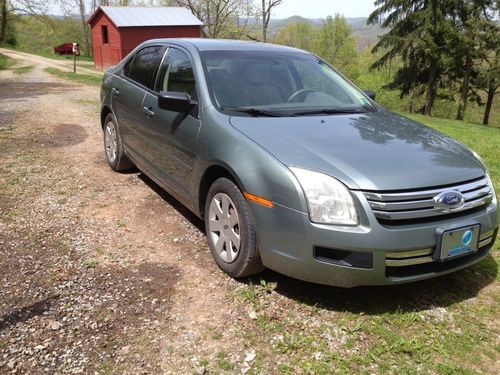 2006 Ford Fusion is in good condition.  This car has mostly been driven highway miles.  Car is in good mechanical condition and has new rear brakes with only about 300 miles on them.  A/C works very good.  Car has Pioneer CD player with touch screen an bluetooth with external Mic for hands free phone device.  Just over 93,000 miles and has extended Ford warranty to 125,000 miles or two more years.  Has 4 cylinder engine with 5 speed Manual transmission and gets 28 mpg.