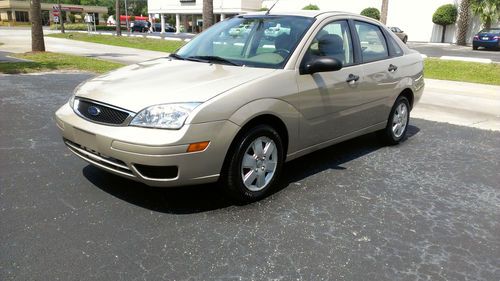 REALLY NICE 2007 FORD FOCUS. THE CAR HAS VERY LOW MILES!!! GAS SAVER 4 CYLINDER ENGINE AND A SMOOTH AUTOMATIC TRANSMISSION. SUPER CLEAN INSIDE AND OUT. 4 EXCELLENT MATCHING TIRES, COLD A/C, CAR HAD MINOR DAMAGE WHICH WAS PROFESSIONALLY REPAIRED(NO FRAME DAMAGE, NO AIRBAGS DEPLOYED, NO WHEEL OR SUSPENSION DAMAGE). GUARANTEED YOU WILL NOT BE DISAPPOINTED WITH THIS CAR. CONTACT ME FOR FULL DETAILS. LOCAL PICKUP OR I CAN DISPATCH THE VEHICLE TO THE LOWER 48 STATES. WE ARE A DEALERSHIP BUT THERE WILL BE NO DEALER FEES. PLEASE CONTACT ME BEFORE PURCHASING. SORRY WE DO NOT FINANCE.