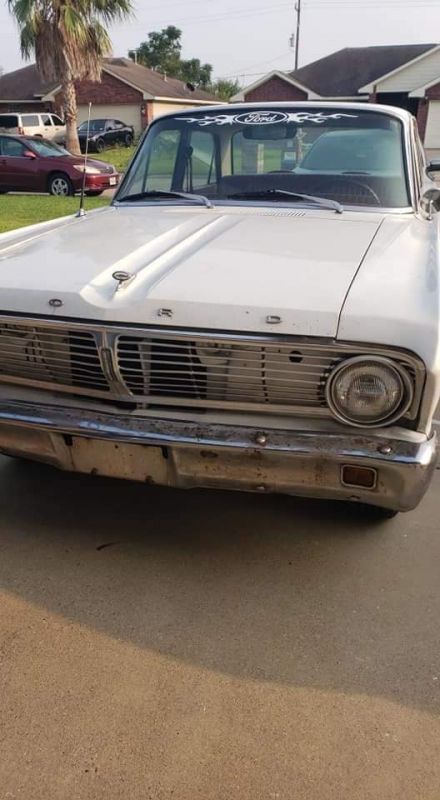 1965 Ford Falcon, 4 door, automatic transmission. Minimum rust. Restored interior floorboard carpeting. In good shape for it's age.
Has a cracked windshield near the top, transmission leak. It WAS running when we bought it and had it shipped a year ago. It is *NOT* running now, we don't know why. The engine wiring under the hood needs to be rewired, and the wiring for the radio.
The original plan was to retore this car into an exact replica of my grandmothers old Falcon. But repairing and restoring this car has become beyond our time and financial means. We can not go any further with this car, as we had hoped.
We are asking for $8,000, the price we payed for it, and the amount of the loan that we took out to pay for this car.
For it's age, it's in pretty good shape. There are not that many problems with it.