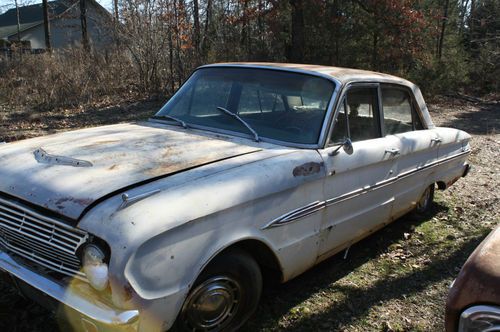 I believe this is a 1963 or 1965 ford falcon, all original. Has motor in car and transmission. Was just parked.Body looks pretty good. I also have another falcon that i believe is either a 1963 or 1965. Will sell both or seperate. Sold as is. Serious bidder's only please. You will be responsible for pick-up. Any questions please call me at. 479-970-5056. I am not sure of the year, maybe you can help identify the year.