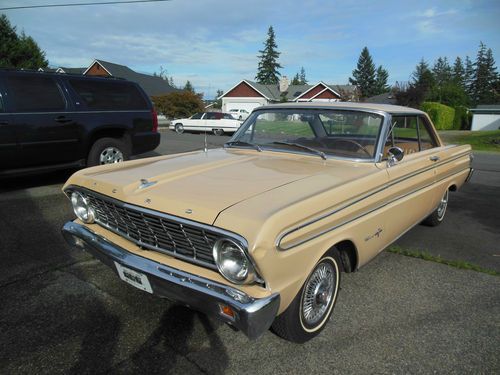 Condition: UsedA vehicle is considered used if it has been registered and issued a title. Used vehicles have had at least one previous owner. The condition of the exterior, interior and engine can vary depending on the vehicle's history. See the seller's listing for full details and description of any imperfections.Seller Notes:"Three small dents, one on drivers side front fender, one on rear quarter driver's side and one on hood drivers side."

We bought this car from the first owners family.  The original owner used the car as a work car only so the back seat has rarely been used.  We had the front seats rebuilt and reupholstered with the original fabric. We had the carpet replaced as well.   Everything works and it drives well.  Goes 70 MPH on the freeway.  Glass is all there and is in good condition.  The tac and the spare tire are missing.