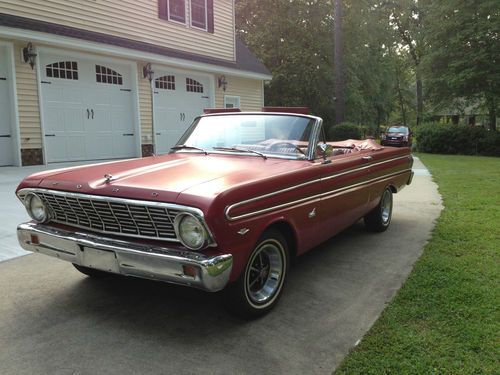 Condition: UsedA vehicle is considered used if it has been registered and issued a title. Used vehicles have had at least one previous owner. The condition of the exterior, interior and engine can vary depending on the vehicle's history. See the seller's listing for full details and description of any imperfections.Seller Notes:"This is a good project car. It could be used as a driver but it needs considerable restoration if you want a classic show car. The good news is that the car is complete but it needs new paint and the interior restored. The windshield has been chipped (see picture) and will probably need replacing. Another issue is the car does have some considerable rust problems underneath (see pictures). The chrome looks good all around. I do not know the history of the car so I will explain as best as I can from research and observation everything I know about it. It originally was white with a red interior and black top, someone has painted the exterior red at some time. The car has had a 4 speed manual transmission in the floor installed in it since it left the factory. The 260 V-8 engine appears to be original but I have not actually matched the numbers. Feel free to call me at 252-452-7926."